Walter Kamau Bell (born January 26, 1973), known professionally as W. Kamau Bell, is an American stand-up comic and television host. He has hosted the CNN series United Shades of America since 2016, and hosted FXX television series Totally Biased with W. Kamau Bell from 2012 to 2013. He is the host of the live radio show and podcast Kamau Right Now on KALW, and also co-hosts the podcasts Denzel Washington Is The Greatest Actor Of All Time Period with Kevin Avery and Politically Re-Active with Hari Kondabolu. 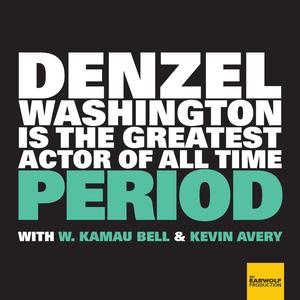 Denzel Washington Is The Greatest Actor Of All Time Period