Nathanael “Nate” Bargatze (born March 25, 1979) is an American comedian and actor from Old Hickory, Tennessee. He's known for his special on Comedy Central Presents, has appeared multiple times on Late Night with Conan O'Brien and on The Tonight Show Starring Jimmy Fallon.Bargatze was part of Jimmy Fallon’s "Clean Cut Comedy Tour" in 2013. He won New York’s Comedy Festival and the Boston Comedy Festival in the same year. He wrote for the Spike TV Video Game Awards, and has performed multiple times for Allied Forces in Iraq and Kuwait. He was mentioned in Rolling Stone by Marc Maron as a "comic who should be big" and in Esquire by Jim Gaffigan as one of the top up-and-coming comics.His first album, Yelled at by a Clown (2014), made it onto the Billboard Top Ten Comedy Charts for two weeks, peaking at #2. He released his second album, Full Time Magic, in coordination with his Comedy Central Special in May 2015.In 2017, Bargatze had a half-hour special released on Netflix as part of a six-part original series entitled "The Standups."On March 26, 2019, Bargatze released an hour-long Netflix special titled "The Tennessee Kid," filmed outside Atlanta, Georgia. 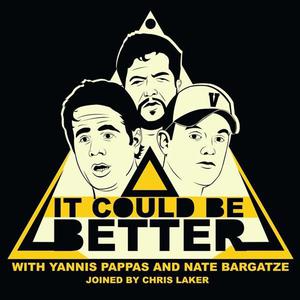 It Could Be Better