Michelle Biloon is an American stand-up comic. Biloon started out in Austin, Texas and, after four years, moved to Los Angeles, then on to Philadelphia, where she currently resides and regularly performs. She has been heard on the podcasts 2 Dope Queens, Do You Need A Ride?, Comedy Bang Bang, and Doug Loves Movies. She has been featured on the TV shows Chelsea Lately, Comedy Central's Premium Blend, The Late Late Show with Craig Ferguson and The Gong Show with Dave Attell. She also produced and starred in the popular podcast "Walking With Michelle" and currently produces the podcast "THEBILOONCAST." Born in Fullerton, California, she mostly grew up in northwestern Wisconsin before later moving to Austin, Texas, where she established her career. 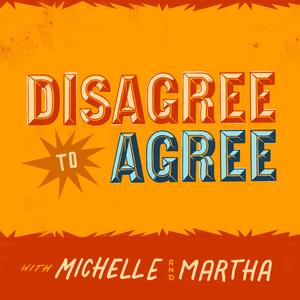 Disagree To Agree with Michelle Biloon and Martha Kelly